Autism Spectrum Disorder (ASD) is a neurodevelopmental disorder that typically appears during early childhood. Habitually, people with autism do not look any different from other people; however, those with autism may interact, relate, behave and learn in ways that contrast from others.

Some people with autism need a lot of support in their daily lives; others need less. Three main symptoms of autism include Difficulties in Communication and Socialization as well as Repetitive Behaviours.

Difficulty in speech is one of the three main symptoms of autism. Most people with autism have a challenging time expressing themselves using verbal language. However, this struggle differs from person to person.

For instance, one person may be nonverbal, in that he or she does not possess any verbal vocabulary and may communicate via icons or sign language. Whereas, another person may have an extensive vocabulary, but is incapable of expressing himself or herself using it. Even so, in general, people diagnosed with autism still show some form of communication impairment.

Someone diagnosed with autism may have a difficult time socializing with other peers, or even with adults. Most children demonstrate an interest in interacting with others.

Children with autism generally are uninterested or may find interacting with people, particularly strangers, challenging and overwhelming. Autism affects how children understand social interaction. It may not be that they don’t want to—they just don’t know how to.

The most common symptom of autism is repetitive behaviours. Those diagnosed with autism tend to engage in hand flapping or object manipulation. This fact may be one of the reasons why people with autism thrive in daily routines.

What are the Behaviours of Autism? 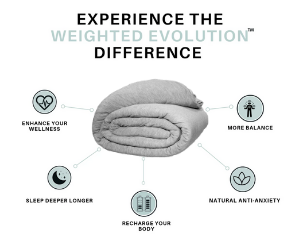 Children with autism tend to view the world as linear and literal, so they have challenging times with abstract concepts and imaginative play.

Those who are overly responsive tend to have a difficult time coping with bright lights, certain smells and being touched. On the other hand, a classic example of under responsiveness is the low sensitivity to pain.

Often times, these difficulties are the most difficult to detect. For example, a nonverbal child with sensory issues is unable to tell the adult that the light or smell is bothering them. Usually this is where people may see behaviours, they may consider a tantrum.

It is common for children with autism to exhibit repetitive behaviours as a way of self-regulation. For instance, if a child is frustrated but unaware or unable to express the reason for their frustration, they may engage in hand flapping to release that frustration.

The behavior and interests of children with autism are often unyielding or even repetitive. Some common repetitive behaviours are:

These are the most common behaviour among children diagnosed with autism. Keeping in mind however that all children have different combinations of symptoms and behaviours.

How to deal with Autism in Adults

How to Discipline Autistic Child for Hitting

There are a wide variety of theories on autism causes, however, researchers do not know all of the causes of autism. Most scientists agree that genetics is one of the risk factors that can cause one to develop autism.

Children who have a sibling with autism are at a higher risk of also having autism. Autism occurs in all racial, ethnic and socioeconomic groups, but is about four times more common among boys than girls.

A diagnosis of autism now includes a variety of conditions that were previously diagnosed individually; those conditions include autistic disorder, pervasive developmental disorder not otherwise specified (PDD-NOS), and Asperger syndrome. These conditions are now all categorized as Autism Spectrum Disorder.

Also, read a detailed article on the Diagnosis of Autism: How is Autism Diagnosed

Roughly two-thirds of children with attention deficit disorder (ADHD) have at least one co-existing condition, and autism is included in the conditions that commonly transpire with ADHD.

Some studies propose that up to half of the kids with autism also have ADHD. ADHD displays characters such as inattention, hyperactivity, and impulsivity. Autism is characterized by difficulties with social interactions, communication, and repetitive behaviours.

At what age is Autism Usually Noticed?

Children develop at different rates in different skill areas, this is no different for those with autism. However, there are age-specific developmental milestones (walking, talking, imitating actions etc.) used to assess a child’s developmental progress during the first years of life.

Autism can be detected at 18 months or younger. By the age of two, a diagnosis by an experienced professional is recommended. Many children do not obtain a final diagnosis until a much later age. This delay signifies that children with autism may not get the early support they need.

Autism’s early signs can include but are not limited to

Parents are in the best position to spot the early warning signs of autism. As parents, you know your child better than anyone and spend the most time with them.

If you’re concerned with your child’s development because they are not hitting the milestones for his or her age, speak to your child’s doctor immediately, don’t wait!

Any form of regression is a serious warning sign of autism. Some children with autism have developed speech. For example, a child who communicates with words, such as mom, may stop using the spoken language altogether.

Any loss of speech, babbling, gestures, or social skills should be taken incredibly seriously.

As the clinical definition suggests, autism is a neurodevelopmental disorder which means it becomes apparent during a child’s early years. Generally, those with autism begin to show signs around three years of age, however, many will display signs earlier.

Below is a checklist with 10 symptoms most common in autism.

Signs Your Toddler is Not Autistic

If you’re asking yourself whether or not your toddler is autistic, odds are you already have some concerns, and that alone is enough to make any parent anxious.

The truth of the matter is, though, many parents find themselves searching for signs of a possible symptom humbly out of an abundance of cautiousness. That’s simply good parenting and natural considering the rise in autism diagnosis in recent years.

Overall the diagnosis of autism involves a wide variety of symptoms. If you believe your child is displaying a challenging time developing in one specific area, this does not automatically signify autism.

How your child plays, learns, speaks, acts and moves suggests important indications about your child’s development. Typically, a toddler who is not autistic, will display certain skills. Here are some of these skills, in the respective developmental category:

Difficulties in verbal communication and social skills, as well as repetitive behaviours or narrowed interests, are inclinations of autism, although, the grey areas overlap with normal development and autism.

Not all, but many children with autism are late talkers. However, a typically developing child with a speech delay does not indicate autism.

It is also common for a child with autism to have an obsession with an object, which would not be considered exciting for a child, for example, a washing machine. However, if your toddler is obsessed with a cartoon character this event is not a sign of autism.

As previously stated, children with autism are likely to also have sensory issues, oversensitivity or under sensitivity to light, sound or touch. However, not every toddler who has these issues is autistic.

You know your child best if you have concerns it is important to share them with your child’s doctor.

Autism is a neurodevelopmental disorder which affects how a child interacts, learns and behaves. As stated in the article there are three main symptoms of autism: communication deficit, social interaction difficulty and repetitive behaviours. Autism is diagnosed when a variety of symptoms present themselves.

Though there is no one cause responsible for autism, researchers continue to look for more causes leading to the development of autism.

Amongst these causes are genetics or having a sibling who also has autism. The key to supporting a child with autism adequately is providing him or her with an early diagnosis which in turn provides early intervention.

Many behaviours of autism can also be present in typically developing children. Remember that a group of these symptoms and in the three main areas mentioned (communication, socialization and repetitive behaviours) must be present to consider an autism diagnosis.

If your child fixates on a specific toy or cartoon this does not mean your toddler is autistic. The same goes for any sort of speech delay with an otherwise developing toddler.

Overall, if you have any concerns, speak to your doctor. Autism signs can be observable as early as 18 months. If your child begins to regress and lose skills he or she had, that is a strong indicator of autism.

Nonetheless, if your child is diagnosed with autism, it has been proven that early diagnosis and intervention can allow for these children to lead fulfilling lives.

(2019, July 17). Association of Genetic and Environmental Factors With Autism in a 5-

from 2 to 9 years of age. Retrieved from

(2009, October). Characteristics and concordance of autism spectrum disorders among

ADHD and autism: differential diagnosis or overlapping traits? A selective